What a 22-Year Old Can Teach You: Life & Career Lessons We Can Take Away from Simone Biles Historic 2019 Win

It’s been said for centuries and even debated in science that wisdom comes with age. Wisdom also shows up in the most unexpected places at the most unexpected times. It showed up on the balance beam and the mat during the 2019 World Artistic Gymnastics Championships held in Stuttgart, Germany in October. Ponder these five life lessons we can take away from Simone Biles and her gravity-defying performances. 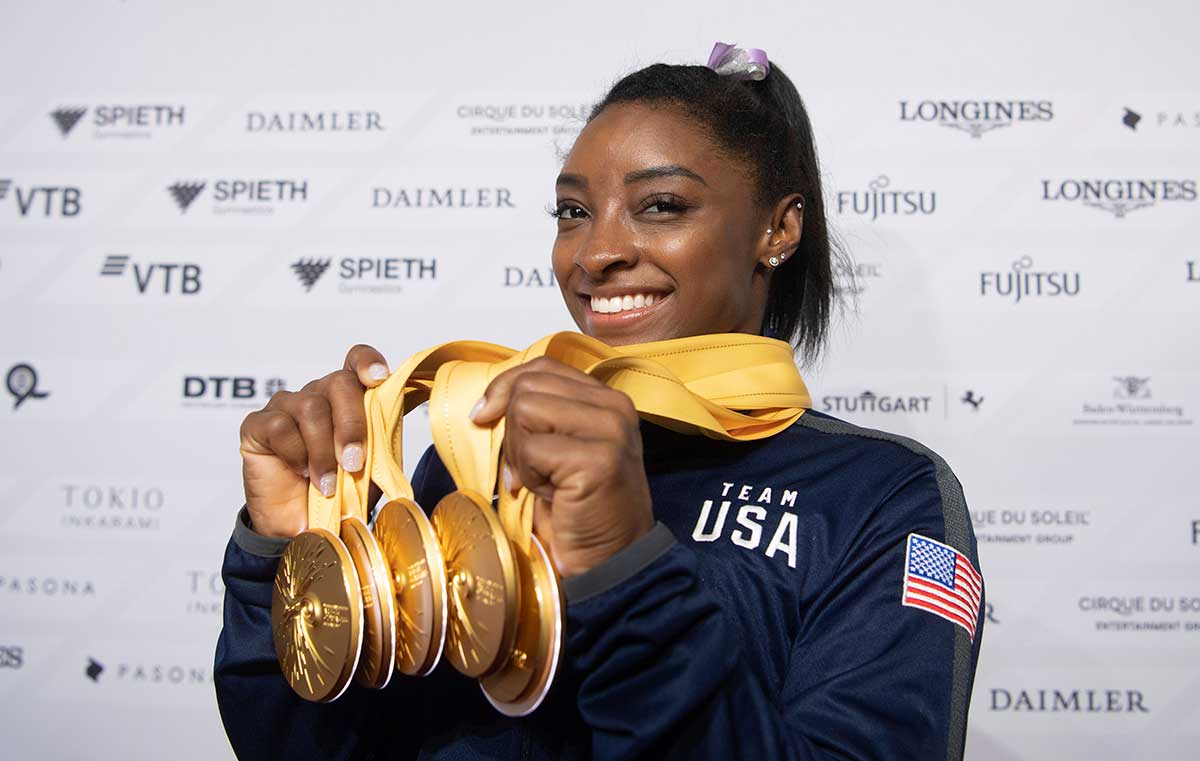 Create Your Own Moves:

For a gymnast to have a move named after them, they must submit it for consideration and successfully land it at a major competition, such as the world championships or the Olympics. Biles now has a total of 4 signature moves named after her, and we still have the 2020 Olympics to go. Your moves don’t have to be as difficult as the double, twisting double backflip now known as “The Biles,” maybe you’re tired of working for a company that doesn’t work for you. Do the research-find one that shares your values and values your times. Don’t like the products or services you’re offering? Create something that does. Some of the best creations are born because people are searching for solutions for themselves.

Break Your Own Records:

Be OK with Stepping Out of Bounds:

Women have been put in a box for so long that we often let those boundaries define us, and what we think we can accomplish. During the World Gymnast Championship, Biles stepped out of bounds twice but still managed to win the floor competition by more than a point. Don’t let the competition or the fear of failure scare you. Say yes to that stretch assignment or promotion, and figure it out. Most of us are far better than we give ourselves credit for.

Strive for a Well-Rounded Life:

Although she has mastered the balance beam, even Biles knows that it’s not all about balance, but really about integration. She’s on record saying she wants gymnastics to be part of her life-not her whole, entire life. We are all made of overlapping, intersectional elements that make us complete and define our experiences. Living a well-rounded life means bringing all those pieces together and being the best you can be while honoring those parts of you.

Practice Doesn’t Always Make Perfect, but it Will Get You the Win:

In an interview after one of the near-flawless routines, we witnessed Biles comment that “it wasn’t as good as some of the ones in practice.” The lesson here: as long as you do the work, come prepared and know your stuff, the average onlooker won’t be able to see the flaws. Fair warning: sometimes, those wins are personal because others may not always appreciate or value what we bring to the table, but in the end, it builds grit, and those are defining moments in your life.

Biles says it’s the performance, not the number of medals that drive her. Whether it’s your 1st move or your last, make it about the performance because that is what will ultimately move you forward.

Not quite ready to commit to investing in yourself? Stay informed and up to date on MAP Agency news and happenings... we're ready when you are.

You have Successfully Subscribed!